Craig Bandes has over 25 years of experience as a CEO, entrepreneur, and investor building companies in the technology, defense and professional services industries. Craig has been President & CEO of Pixelligent Technologies since 2009, a company that is leveraging next generation nanomaterial development and manufacturing technology to disrupt the chemicals industry. Pixelligent was recognized as the Manufacturer of the Year in 2017 by the Frost & Sullivan Manufacturing Leadership Council. Prior to rebuilding Pixelligent, Craig was the President & CEO of Global Secure Corp, a high tech company focused on providing homeland security software, training, and equipment solutions. He grew Global Secure from a start-up to over 175 people, with operations in 5 states, and completed four acquisitions. Craig has negotiated over $300 million in financial transactions, has completed acquisitions and strategic partnerships in the United States, Asia and Europe, and has built sales and distribution channels on a global basis. He sits on the Board of Directors of Pixelligent and is a member of the NanoBusiness Alliance Advisory Board. Craig received degrees in Finance and Entrepreneurship from Babson College.

Serpil Gonen Williams, Ph.D., Vice President of Product Development, has been with Pixelligent since 2002. Her current responsibilities include the development of new products and applications. During her tenure at Pixelligent, she has been the Principal Investigator on federal grant programs totaling more than $8 million, and was responsible for the process design and optimization of our current technology portfolio. As an expert in the synthesis of nanocrystals and their material properties, she has led the nanocrystal synthesis group. Dr. Gonen Williams is one of the inventors of several of Pixelligent’s patents on the synthesis and applications of nanocrystals. She earned her Ph.D. in Chemistry from the University of Maryland in 2002, and has authored and co-authored 16 papers in peer-reviewed journals.

Ben Chiu, Vice President of Finance, has over 16 years of experience in financial leadership roles within chemicals manufacturing and financial services industries. Prior to joining Pixelligent, he led finance for W. R. Grace’s Engineered Materials business unit, a $425M+ global business unit with 4 business platforms and six manufacturing plants. At W. R. Grace, Ben held finance roles of increasing responsibility within Treasury, FP&A, and Investor Relations. Before joining Grace, Ben was an Associate at JPMorganChase where he led finance operations groups in multiple business units. Ben has a BS in Finance and an MBA in Finance from the University of Maryland, Smith School of Business.

Andrew Gavin, member of the Board of Managers, is a serial entrepreneur and a programmer noted for co-founding the video game company Naughty Dog. His company, which wrote the first blockbuster game for the Sony PlayStation, was later sold to Sony Computer Entertainment America (SCEA). Shortly after leaving Naughty Dog, Andrew co-founded a new Internet startup called Flektor, and in May 2007, the company was sold to Fox Interactive Media, a division of News Corp. Andrew earned his Ph.D. at MIT, where he did research for the Jet Propulsion Laboratory on the Mars Rover Vision Project.

Andrew Ray represents public and private companies, financial sponsors, and management teams in a broad range of corporate and finance matters. Additionally, he counsels extensively in the telecommunications, media, and technology (TMT); government contracts; energy; and financial services sectors. Various industry publications recognize Andy as a leader in both M&A and in communications. He recently led the team representing Oculus VR in its $2 billion sale to Facebook, which was named the M&A Advisor M&A Deal of the Year.

Mudar Yaghi is the CEO and founder of AppTek, a Natural Language processing company specializing in speech recognition and machine translation. AppTek was sold technology assets to SAIC in the fall of 2010 and its MT platform to eBay in 2014. Mudar is also a founding investor and board member of Ignite Media Solutions, a provider of interactive voice, web, and mobile direct response solutions that is backed by ABS Capital. He is also an investor and board observer at TCOM, which is a telecommunication aerostat systems company.

Robert Embry, is President of the Abell Foundation. After graduating from Harvard Law School, Robert served as a clerk to the Honorable Judge Simon E. Sobeloff, Chief Judge of the U.S. Fourth Circuit Court of Appeals. In 1977, Robert became Assistant Secretary of the Department of Housing and Urban Development for Community Planning and Development, and also served as Executive Director of the President’s Task Force on Urban Policy. Robert is the recipient of a number of state and national awards, including being named by Time Magazine as one of the 50 outstanding young national leaders. Robert has also served as the President of the Maryland State Board of Education, and is a Founding Board Member of 1000 Friends of Maryland, a coalition of businesses, community and environmental groups dedicated to preserving what is best about Maryland and encouraging sensible growth. Robert currently resides in Baltimore, Maryland.

Eileen M. O’Rourke, Chief Operating Officer, OTEC International LLC, and Treasurer, The Abell Foundation, Inc., has been involved in OTEC for a dozen years, starting with Abell’s exclusive license of the Anderson technology in 1999 to her current leadership role of this important strategic investment. Eileen has 30 years of experience in business finance and project management, with ten years managing direct investments in early stage companies and in providing innovative financing solutions in support of social mission activities. As Treasurer of Abell, Eileen is responsible for negotiating and managing direct investments in early stage companies including deal structuring, board level review and oversight, and active participation with management team in advancing commercialization of technologies. She negotiates and monitors loans, guarantees and other financial arrangements in program-related non-profit projects and is also responsible for investment implementation and performance monitoring of portfolios.

Alain Harrus, Ph.D., Chief Executive Officer, joined Kateeva in October 2013. Previously, he was a Partner at Crosslink Capital, a San Francisco-based venture capital company where he led the firm’s semiconductor and energy technology investment activities. Before turning to venture capital, Alain developed breakthrough process technologies that kept semiconductor manufacturers on track with Moore’s Law – first as a research scientist at Bell Laboratories, later as Chief Technology Officer at Novellus Systems – now part of Lam Research. There, he championed a total copper metallization solution for advanced semiconductor manufacturing – a disruptive move that made Novellus a category leader and helped catapult the company across the $1 billion revenue threshold.

Alain holds a BS degree in Mathematics and an MS degree in Physics from the University of Paris XI at Orsay, France, as well as a Ph.D. degree in Solid State Physics from Temple University in Philadelphia. He has authored and co-authored more than 30 technical papers and is a co-inventor on six patents.

Eugene Banucci, Founder and Former Chairman and Chief Executive Officer, ATMI, Inc.
Dr. Banucci is the founder and former Chairman and Chief Executive Officer of ATMI, Inc., a publicly held company that was acquired in 2014. Prior to starting ATMI, he held management positions at General Electric Company and American Cyanamid Company. Dr. Banucci has served on numerous boards; in particular, he was a member of the Board of Directors of then publicly held company Zygo Corporation from 2003 through 2010. Dr. Banucci was elected to the Board of Directors at Pixelligent in 2017. He currently serves as Lead Director on the Board of Clean Harbors, Inc., a publicly held company listed on the New York Stock Exchange. He holds a B.A. in Chemistry from Beloit College and a Ph.D. in Organic Chemistry from Wayne State University.

Craig Bandes, President and CEO, Pixelligent Technologies. Mr. Bandes has over 20 years of combined experience as an entrepreneur, CEO, and Angel investor, building companies in the technology, defense, and professional services industries. Since joining Pixelligent in early 2008, he has restructured the company, enabling it to successfully emerge from a reorganization process, refocused its product strategy, and raised nearly $9 million in equity funding. In addition, the company has been awarded over $11 million in federal grant programs, and has entered into numerous product development partnerships with technology leaders and Fortune 100 companies. Prior to Pixelligent, Mr. Bandes was the President and CEO of Global Secure Corp, a high-tech homeland security company, which in just over four years grew from a start-up to 250+ employees, achieved revenues of over $40 million, completed three acquisitions, raised over $25 million, and filed for an IPO. Prior to Global Secure, he was a co-founder of Focus Technology Consulting, which ranked #14 on the 2008 WashTech Fast 50. Mr. Bandes has negotiated over $300 million in financial and strategic transactions in the United States, Asia, and Europe, and he sits on numerous company boards. He is a graduate of Babson College.

Rob Bertin is a highly experienced intellectual property attorney and President of the DC Bar Association Patent, Trademark, and Copyright section. Prior to practicing law, Rob was an electrical engineer with IBM Federal Systems, working with circuits and IC packaging.

Hal Shear has been serving on public and private company boards for over 25 years. He is also a recognized expert and advisor providing governance services to directors and boards throughout the United States, Europe, the Middle East, and Latin America. He has served on more than 18 boards, and is currently Chairman of the Board of two privately held companies for which he provides strategic and operational advice, as well as governance expertise.

Dr. E. Clayton Teague, member of the Technical Advisory Board, acted as Director of the Federal National Nanotechnology Coordination Office (NNCO) from 2003-2011. In this position, he reported to the Office of Science and Technology Policy, which advises the President and others within the Executive Office on the effects of science and technology on domestic and international affairs. He also has served as Chair of the American National Standards Institute Technical Advisory Group to the ISO Technical Committee on Nanotechnologies (ISO TC 229), acted as president of the American Society for Precision Engineering, is a fellow of the United Kingdom Institute of Physics, and worked as Editor-in-Chief of the international journal Nanotechnology for ten years.

Masaru Iida is the President of Denzai Consulting. He spent 42 years in various roles at Nissan Chemical Ind., retiring in 2013 as Senior Managing Director. During his time at Nissan Chemical, he successfully introduced specialty chemical materials for many applications, including anti-reflective coatings for advanced semiconductor chips, alignment layers for LCD, HTL materials for OLED, and thick film technologies for electronics packaging. Under his leadership, multiple new technologies were successfully launched and transferred to volume production in leading applications. He is a graduate of Osaka Pref. University with degrees in Polymer Chemistry and Applied Chemistry. He joined the Pixelligent Advisory Board in 2014.

In LED and OLED lighting applications, our materials significantly increase light output by increasing the refractive index of materials in the device. In display and optical components applications, our products can increase transparency, decrease haze, and increase scratch resistance.

Pixelligent develops commercial applications with leading-edge lighting and electronics companies around the world. In 2011, the company moved to its new 13,000 square-foot, state-of-the-art pilot manufacturing facility in Baltimore, Maryland. 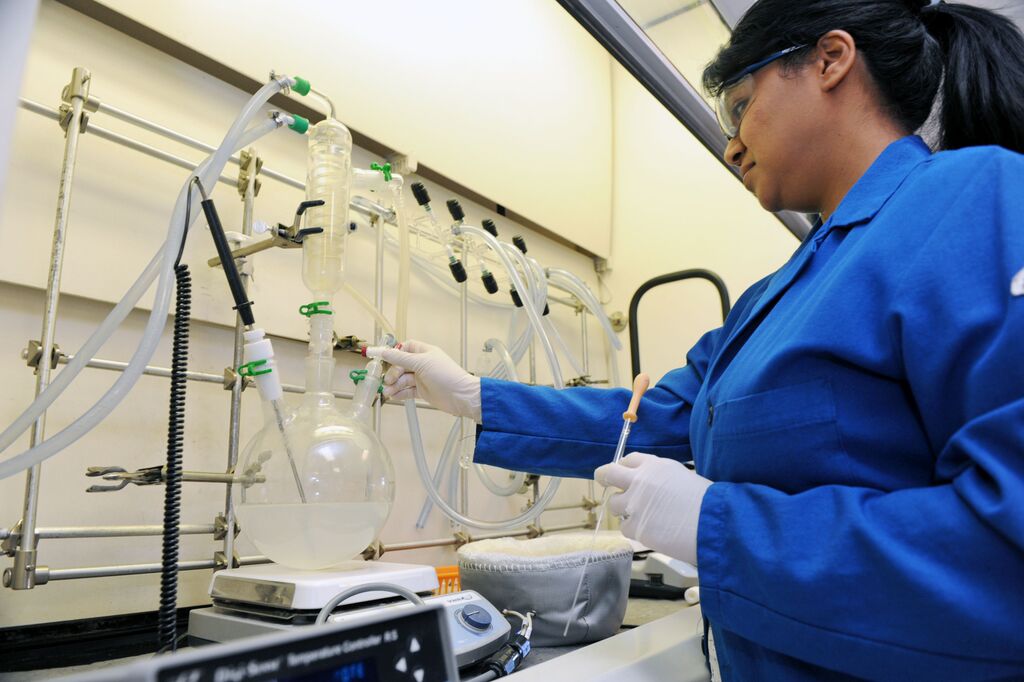 We have a dynamic team of innovative chemists, engineers and businesspeople. Meet our executives, advisors, and board members. 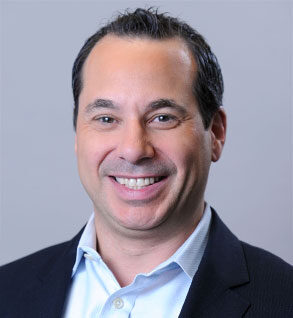 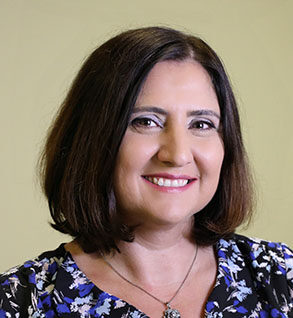 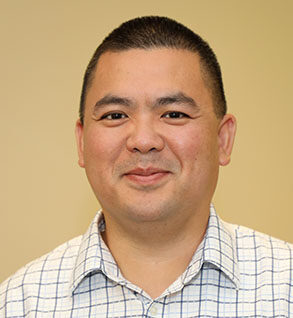 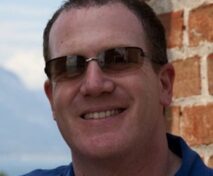 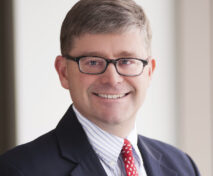 Andrew Ray Board of Directors 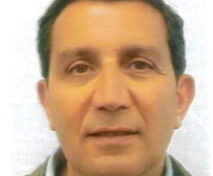 Mudar Yaghi Board of Directors 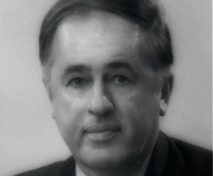 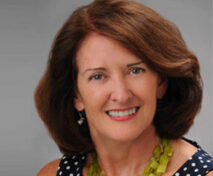 Eileen M. O’Rourke Board of Directors 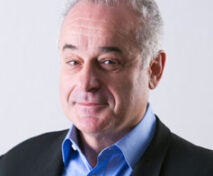 Alain Harrus, Ph.D. Board of Directors 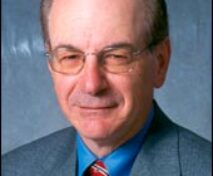 Eugene Banucci Board of Directors 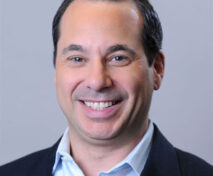 Craig Bandes Board of Directors 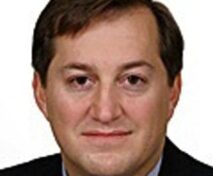 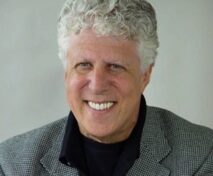 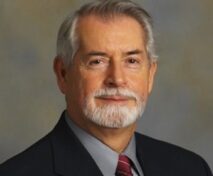